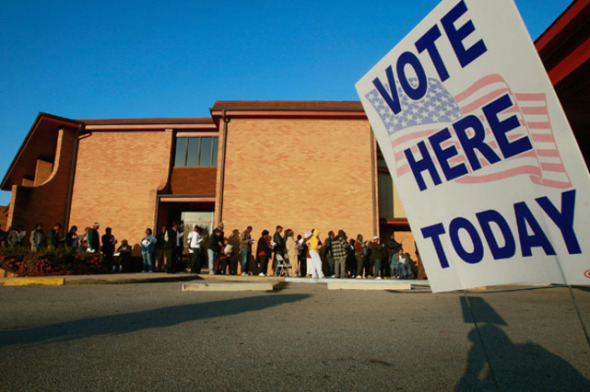 It is political analysts who are actually racists in themselves based on their behavior to hire and employ only the individuals that they know throughout their entire political history or their lack of outreach to African American media vehicles beyond the traditionally known. Many African American media vehicles have moved online in huge numbers, reaching millions daily and monthly. Why is this in existence? Why has the political community not reached out to all hip-hop? Why have they not reached out in a huge way with tons of banner ads and rollover video? Race clearly has to be part of the reason that our vote is being suppressed even by the Democratic Party leadership who claims to know what is best for African Americans. Yet to our own peril, many of the murderous behavior that is taking place within our community is known by the African Americans who have removed themselves from that community and yet represent that community’s interest.

This political impossibility is conceived by the glaring absence of political ads and presence in the hip-hop demographic, media, ideology, behavior pattern, cycle graphic and mobile media behavior that would influence them to vote. Where are the likes? Where are those posters, banners, and concert series and all of these things? Instead, major media outlets are getting inundated with the same political story, the same political ad, and for millions? No effort, no test, no call to media vehicles like rollingout.com and MediaTakeOut. Places where people would say they’re not interested. No bus campaign that would be led by celebrities from reality stars to screen superstars. No, we don’t get to participate, yet billions will be spent. Billions will employ those who will use this as a credential to be a part, a major part, of the election in 2016.

Such discrimination should not be tolerated. Such discrimination should be illegal to suppress the vote even within one’s party by acting as though we’ve done enough. The lack of investment in the African American, not only to get out to vote, not even a meeting, not even an invitation for all the black publishers and media outlets from around the country to come meet with the Democratic Party or the Republican Party. Instead, they say I met with that select group of African American conservatives. Rand Paul says but not the politicos, not the publishers, not the individuals that speak to this community but to the Negroes that they know, to the African Americans that they know and yet we know that they don’t know the very individuals who they should know that are the influencers of this current generation.

It is us, we, the community that must come together to begin to see and showcase. Maybe we’re liking the wrong thing. Maybe we’re voting our confidence on our Facebook pages. Where is the get out the vote message in our own community and why aren’t we asking for a fiscal, financial evaluation of every dollar spent by the Democratic Party and the percentage spent by African American owned businesses? There is no need to talk and speak of the need for the African American to vote when you speak with your economic dollars even as a party to expel, to utilize only a few or one or two black agencies to place a few dollars. It is us who need to ask for you to empower this agency beyond your wildest imagination of African American dollars that should be received. No, this isn’t a pay for play but every single group pays some other group to get its message out whether it’s street money which seems to be appalling and yet you can overpay, over saturate airwaves and television to the point where no one cares. They’re ignoring ads. We’ve seen it before. We saw it for so long it’s old. We’ve seen it said so many different ways, it’s the same. We’re ignoring it. It’s not going to lead us to vote and actually we don’t even care for the individual who’s saying it. The person doesn’t represent even the African American voice you use could have brought a hundred of her friends, a hundred of her programmed friends in her Facebook page who’d have been able to showcase an African American media landscape that is totally different. It’s not the same people. Yes, we respect those like a Tavis Smiley, a Tom Joyner, and a Steve Harvey and at the same time they could have pointed to other places for you to invest. Did you ask them how many other African American media should host get out the vote rallies?

The spending of dollars by Democratic and political pundits has become a major insult when you see that it fails or pales to be realistic in who it chooses to pay. It has chosen to pay major networks and ignore the very social media revolution that is affecting the entire nation. Why is this? Maybe because we’re silent on our social media about the very social issues that are appalling that we face that everyone can see except for those who really want to make a difference in our community. The politics are the same when you don’t see a different message on social media or that African American even digital companies aren’t supported for their fair share of African American outreach, political investment by its own party who swears that it is committed to the African American community.

We should be outraged by the disrespect shown to us by both parties. We should be outraged by African Americans who say they represent us and yet they don’t make sure that dollars that are spent are spent with African American owned and grown community media companies. Where are we today? Are we any better based on their lack of acknowledgement or will we make our voices known when we see on the websites, on the social media platforms that we speak to that African Americans are not sharing the billions of dollars being spent by politicians? Who will serve to put the discrimination case that literally is funded by those who are becoming future party oppressors?

Fall is the season of self-change 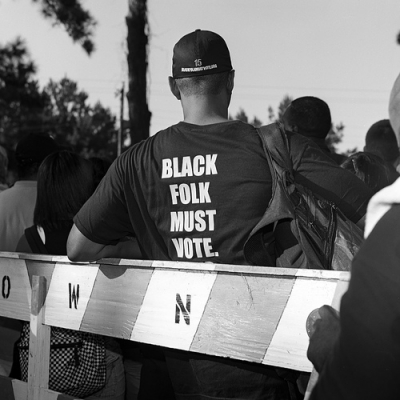